Senate Majority Leader Mitch McConnell won't agree to bring the Senate back early, according to Republican sources, and he communicated as much to Sen. Chuck Schumer today.

That means a Senate trial won't happen now until the early days of the Biden presidency.

McConnell spokesperson Doug Andres confirmed as much on Twitter just moments ago.

The House just voted to impeach President Trump. Here's what happens next.​

From CNN's Zachary B. Wolf

The House has just voted to impeach President Trump for the second time – making him the only US president to ever be impeached twice. The resolution passed 232 to 197.
The impeachment resolution the House voted on charges Trump with a single article, "incitement of insurrection" for his role in last week's deadly Capitol riot.
There is no such thing as a routine impeachment but this one is unprecedented in all sorts of ways.
The overall impeachment process laid out in the Constitution is relatively simple:
This impeachment process will feel entirely new and different from the one we saw in late 2019 around the Ukraine investigation, most notably because the Senate trial is expected to occur after Trump leaves office.
Here's why that's important:
New President Joe Biden will be asking the Senate to vote on his Cabinet nominees and act on legislation to address the Covid pandemic as well as relief for Americans hurt by the troubled economy.
In 2020, Senate business ground to a complete halt during the trial. This time, incoming Senate Majority Leader Chuck Schumer is hoping to pursue a half-day schedule to conduct the trial part of the day and business the rest of the day.
The charges this time are much simpler to convey and understand, however. It should still take some number of days with Chief Justice John Roberts presiding and senators sitting in judgment. When both of the new Democratic senators from Georgia are seated, it will take 17 Republicans voting with Democrats to reach a two-thirds majority and convict Trump.
The swift effort to impeach him certainly puts Trump in the position of wanting to keep Republican senators on his side. In that regard, it would keep him in check during the last week of his presidency.
Remember: Impeaching Trump in the House does not remove him from office. Neither a second House impeachment nor even a Senate vote to convict Trump and remove him from office would prevent him from running again, in 2024 or beyond.
Rather, after two-thirds of senators present voted to remove Trump, a simple majority of senators present would have to approve an additional vote to bar him from the presidency in the future.
Barring him from further office could also cost him his more-than $200,000 per year pension if the Senate wants to take that way.

Ik kwam een recentere versie tegen. (Van vorige week woensdag bij het Capitool... "You can really tell how much these people love America by the number of weapons they have brought...to hurt other Americans." Wauw 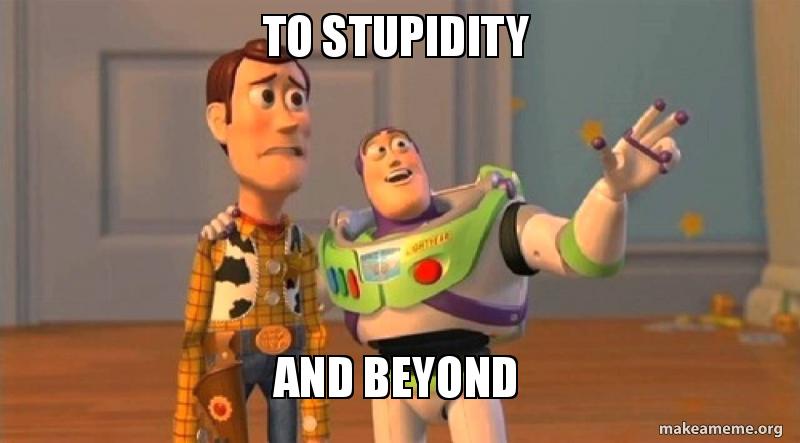 The new research by the San Francisco-based analytics firm reported that conversations about election fraud dropped from 2.5 million mentions to 688,000 mentions across several social media sites in the week after Trump was banned from Twitter.

Senate Majority Leader Mitch McConnell said on the Senate floor Tuesday that “the mob” that attacked the Capitol “was fed lies.”

“They were provoked by the President and other powerful people,” McConnell said.

“They tried to use fear and violence to stop a specific proceeding of the first branch of the federal government, which they did not like,” he added. “But we pressed on.”
Klik om te vergroten...